If you haven’t heard about Brock O’Hurn until now then do not worry because it is inevitable that you will eventually hear about him. 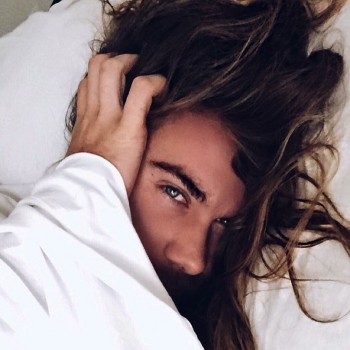 When we were asked if we wanted to dress Brock for the GQ Men of the Year awards in Berlin, Germany a few weeks ago we took a discreet five minutes to google him. The first thing we saw was a video of a tall and muscular guy with the cutest face ever pulling his long blonde hair up into a bun faster than any woman could do. And he made it look so easy.

Ever since the video had gone viral with more than 269,000 clicks, Brock has become a handsome internet sensation with more than 1.4 million IG followers. 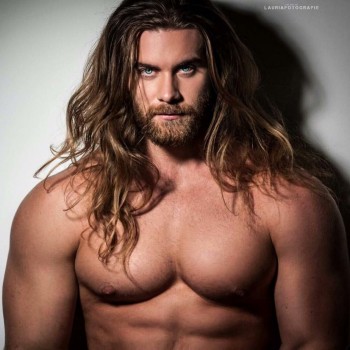 Of course, now we really wanted to dress this handsome uber manly guy considering that he reached stardom pulling his hair in a knot within minutes while others need years with more challenging tasks.

Our only issue was- there were only three days left before the event and our  made-to-measure suits made by our master tailor required at least 8-10 days. And even worse, we only had basic measurements, chest, waist, hip, and so on, when we really needed to measure every inch of Brock’s shaped body.

So we proceeded to plan B.

After two hours of analyzing every image on Brock’s Facebook page and watching his YouTube videos several times we thought we had figured him out , at least enough to start the pattern… 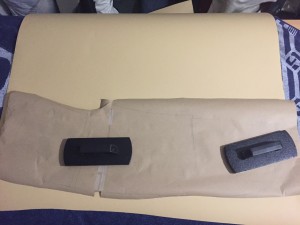 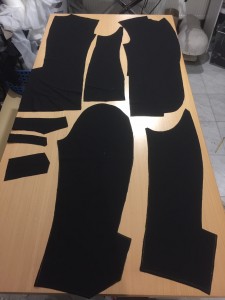 After 14hrs of work we had a finished product, a black single breasted tuxedo with a wide satin peak lapel, made out of fine wool from the English cloth mill Dugdale Bros & Co .

But at a height of 6’7 and Brock’s muscular built we knew there was still a 50/50 chance of a good fit or a complete catastrophy.
At this time we received the next challenge – the German TV show Taff (ProSieben) who was filming Brock during his visit in Germany requested to record the fitting of the tuxedo.

Let’s just keep it short here and say that thanks to our amazing PR agency we managed to meet Brock O’Hurn the night before the event for a secret fitting under circumstances we do not want to describe in details. (At this point – a big thank you to Brock for making this so easy and feel so common, even though it was not at all, by far). 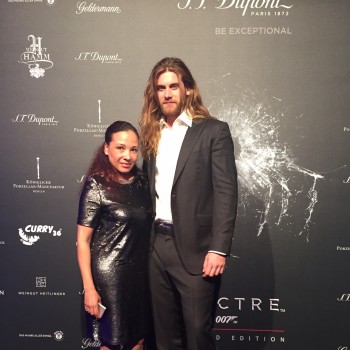 But let us add that after a quick perplex moment over the perfect fit everyone’s mood soon switched to great excitement, probably because all were overly relieved over the fact that the tuxedo fit him like a glove.

The next day, we met Brock and the “taff” crew at the Nhow hotel Berlin for the “official fitting. It was a very laid back atmosphere with lots of laughter and multiple clothes changes for Brock, which, of course served the fitting and taff, and its female viewers. 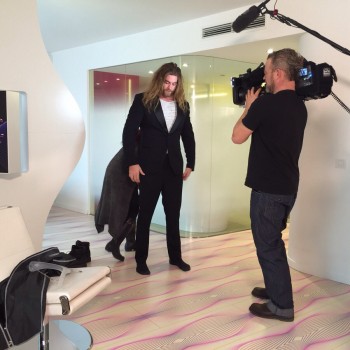 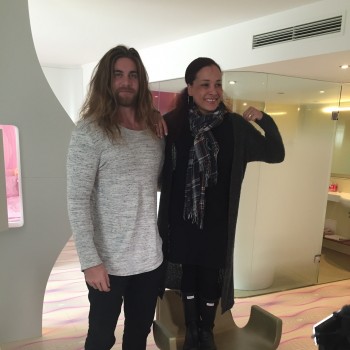 At no point did it feel like work, so thank you again, Brock, and Pro Sieben.

Blessed to be invited to the GQ event on that evening, we received our biggest reward when we saw Brock O’Hurn walking the red carpet in our tuxedo like a hero character, a phantasy prince that not even Disney could have drawn more perfectly. 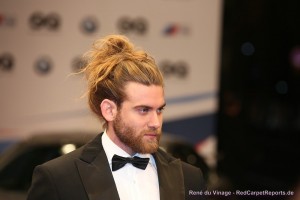 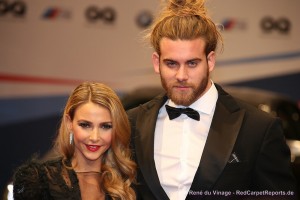 All in all, we can say that Brock O’Hurn has truly impressed us with his down to earth, charming but never flashy way, and with hair that any woman must get jealous of, for sure. 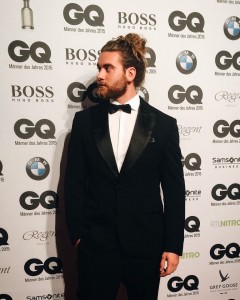 Thank you, Brock O’Hurn, for wearing DARKOH on this special night, for thanking us in front of your 1.4milion IG  followers and for making hairbuns look hot as…well, you know. 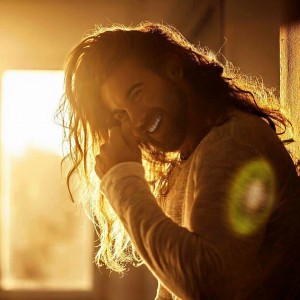