Last year we were contacted by Kyle Hjelmeseth and Stephanie Liu who were planning their Californian wedding at the Triunfo Creek Vineyards. Kyle successfully manages the creative agency  God and Beauty while Stephanie is known as @honeynsilk, one of the most successful influencer in the US.

After working together for a while they finally fell in love with eachother.

Kyle was looking for a nice groom’s suit in blue but it would also have to match the groommen’s combination.

So we ended up designing the groommen’s suits, as well. 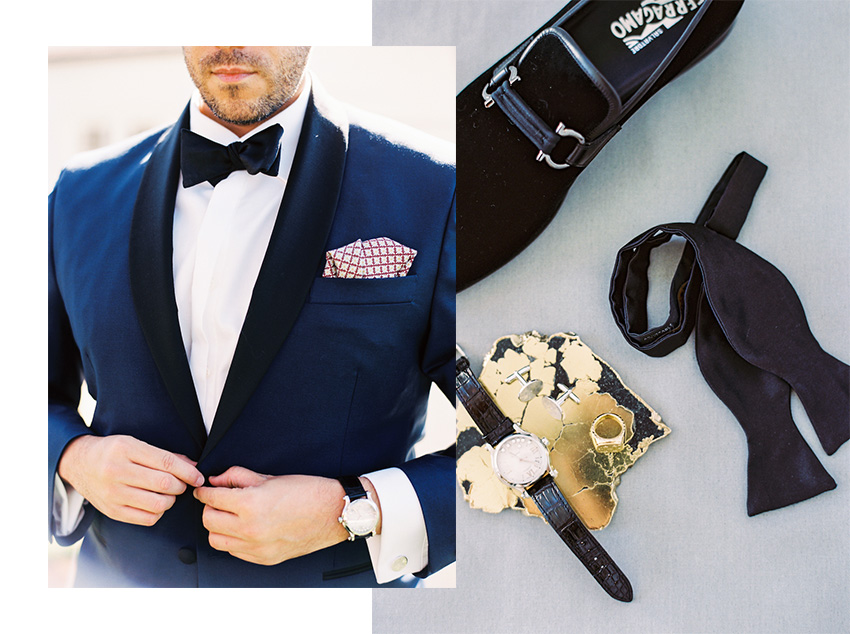 Kyle’s suit was a blue light wool single breasted tuxedo with a slick glance, and a black satin shawl collar.

To match his outfit, we mirrored the shawl collar style to the groommen’s double breasted suits.

However, there were two obstacles. The first one we let Stephanie tell in her own words on her blog:

” Just the day after we returned from filming a commercial in Venice, Italy, Kyle tore his achilles tendon in a minor accident. If you’re familiar, it’s one of the most common injuries among men with serious recovery time. The accident happened in July and total recovery time is typically up to a year. Our wedding was in November, just 3 1/2 months later”

We managed to adjust the pants by adding a long zipper on his injured leg so he could get his cast through. 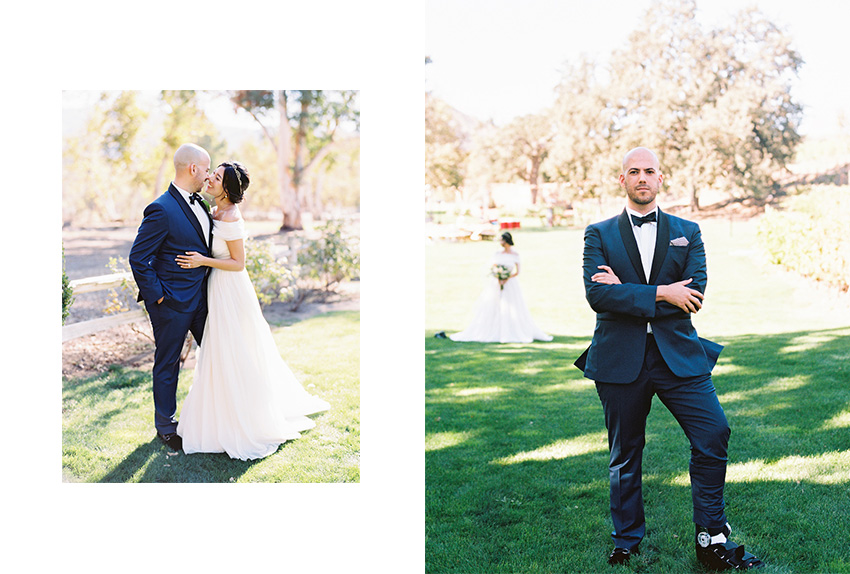 The second obstacle was to get exact sizing of the groommen, who were spread all over the nation including one being downrange in line of duty and one being a young adolescent with kids size.

Therefore, we chose a double breasted suit knowing that little adustments can be done by simply moving the buttons in the front.

The outcome was amazing we think.

And even more, the story was not only shared on Stephanie’s blog Honeynsilk (click here) but also featured  by Bride.com, one of the biggest bridal Portal worldwide. Click here to read the article and watch the Video. 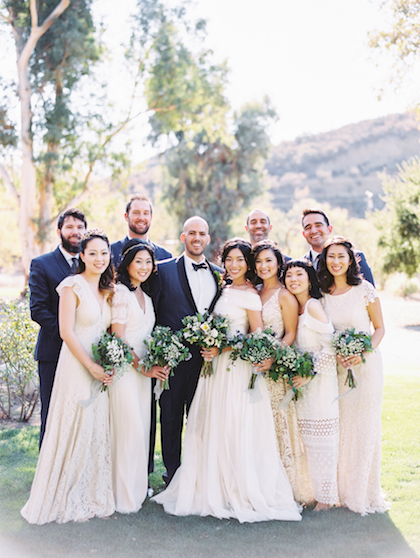 And to make this fairy tale complete – Kyle and Stephanie recently welcomed their first child to the world.

We here at DARKOH are wishing them all the best and many more stylish Moments.