If I had planned this lookbook a year ago, I know it would have been just another collection of my idea of FW18. However, and thanks to a few people I got to meet during my engagement in the music industry, this lookbook has become a little homage to an era I through lived but never got to experienced.

The era of Studio 54 is by far the most controversial one if you ask those who have witnessed it. Drugs, celebrity hype, and a certain snobbishness basically surrounded the famous club in New York. It was a dictatorship at the door, as Andy Warhol would say, but a democracy on the dance floor. And it was the love for music, really, that brought people from every branch and social environment together. Color, race and sexual preferences did not matter; it was all about the luscious glam and shine under the sound of music.

During the last few months I was able to meet quite a few people that resample part of this era either through their own music or they still embrace the good old dance music because it is so everlasting.

When I started working on my FW 18 collection I knew I wanted to give credits to materials that were as everlasting and controversial as that disco time, including corduroy, tweed and suede. I chose colors that reminded me of the late 70s, such as olive and Bordeaux mixed with burnt orange and grey shades to tone them down. After all, back then it was all about not being fancy but fashionably cool and most of all being yourself.

My vision was to bring back this studio 54 trinity of music, fashion and sense for individuality into the Now.

When we went location hunting, we were introduced to many places, including The Provocateur in Berlin, an amazing and photographic boutique hotel with a very Parisian burlesque touch. It was impressive, but not what I had in mind – until the marketing manager said: …I think I have what you are looking for.. and opened a black door with a silver WC sign. At this moment , when I walked down the black tiled stairways, which led into a completely golden tiled hallway I knew this was it. This was our Studio 54. Now I needed my main dancer.

Niclas Gonzales is not just an amazing newcomer in the model industry; I got to know him as someone who quickly adjusts to the mood of his surroundings. We played disco music during the whole shoot and it was fascinating to watch how he transformed with each outfit and became in sync with the era to the point that we had to strip him out of his last outfit to finish the shoot.

I sincerely want to thank the whole crew for an amazing job and the amazing team of The Provocateur for this time travel. But most of all the people who inspired me to do this musical revival. 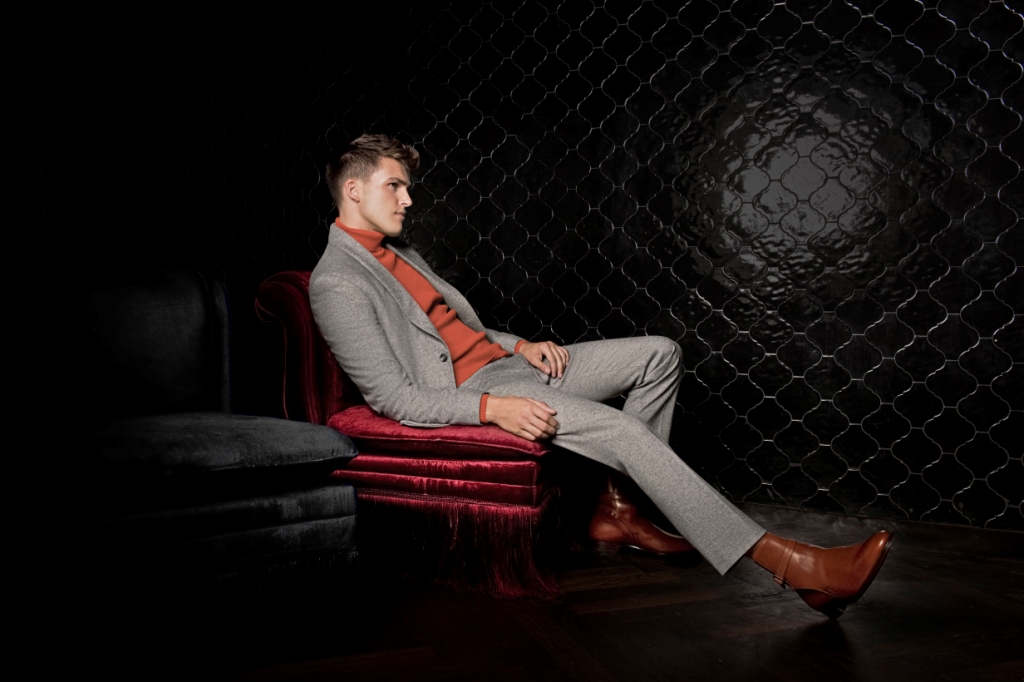 All looks in detail can be found here

Special thanks to The Provocateur for
the Location and hospitality.